Change is all around us... How do we cope with it? 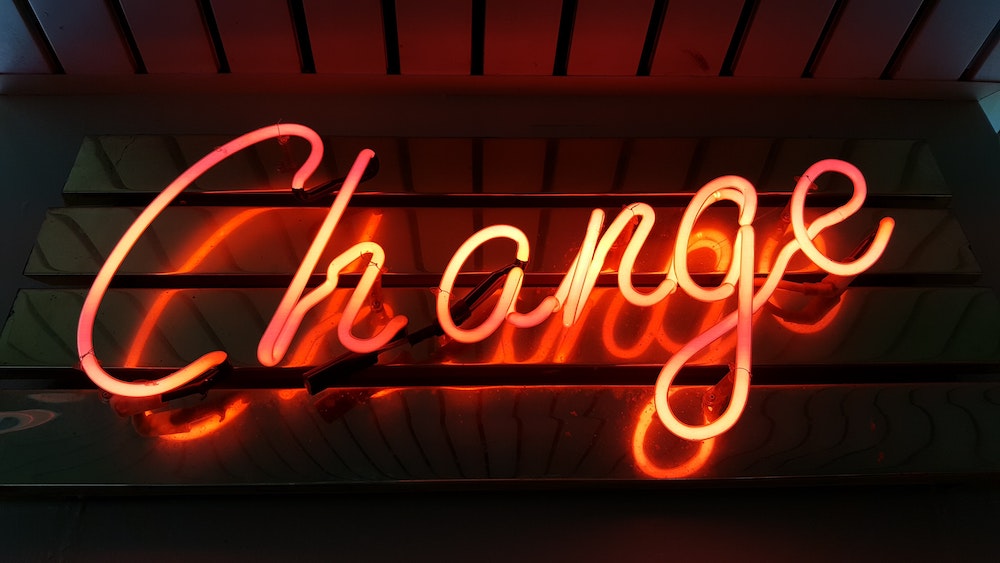 Change is all around us... How do we cope with it?

2016 is coming to a close and with it a year of incredible amount of change. There was Brexit, the US vote and the Austrian Presidential vote to name just a few changes that we experienced.

To enable these massive external shifts to take place, people needed to make different choices than they did before. To make different choices, we usually get to a point of frustration – getting fed up with what is happening currently. We end up talking about it and still, most of the time, don’t see any changes. When might you have experienced such a dilemma? Can you remember what you did?

Changes appear everywhere – and all the time. The human race is part of the evolution and evolution is change! So let’s look at an example of change from an experience I had with one of my clients. To honour confidentiality let’s call the client Bridget for the purpose of the example.

Bridget is responsible for monitoring quality in a large production company. She does not manage people directly but is responsible to get the best quality from them that she can. Bridget has been with the organisation for over 10 years, starting out as administrative support all these years ago. She has seen and experienced a number of changes in her time there – in the organisation and also personally. During these times, the organisation has always provided a lot of security to the local people in the area as it is one of the biggest production companies there. So Bridget has seen quite a few of her friends and family join the company since she started there. The working climate has known to be comfortable and family orientated; everyone looks after each other.

Bridget always felt there was plenty of work and that the company did well for itself. She never really questioned it, as her salary was paid on time and jobs were relatively safe. Her typical day started at 9am in the morning and most of the time she was at home with the family just gone 4pm. Bridget knew her routine and when something changed her boss told her what needs to change.

In recent years, a couple more production companies have caught up with Bridget’s. Bridget felt that the client requirements seemed to have become very sophisticated compared to what they used to be. Demands on the people working in the company seem to have become too much. Bridget hears people moaning about working longer hours and not getting more money for it. There have also been quite a number of changes at the top of the company and no one seemed to have lasted! People started to feel a bit lost and unimportant. There were a lot of rumours circulating but no one really did something about it or asked questions to figure out what was going on. Instead people kept talking to each other and Bridget noticed that she was slowly also becoming a moaner... unhappy with the company. Not helping was the fact that Bridget, on top of the situation at work also experienced a tough time at home during that time! So spending quite a chunk of her time at work she also started to get frustrated.....

Why on earth don’t THEY up there do anything about this situation?

And then THEY did and got a new CEO in, who was very different from anything else the company has seen before! He asked people “what they would do” instead of telling them what they had to do!! Bridget and the people were very confused and didn’t know what to think of that. THEY should be telling them what to do - this is how it always had been!! Why on earth should the employees know what to do? After all, the bosses earn the money to tell the people what to do! Everyone was in SHOCK! There was a lot of DENIAL about the recent changes and people were gossiping a lot, biding their time and keeping their heads down. Then after a while, when they realised that the changes were going to be implemented, people became ANGRY. Who on earth do they think they are? Our company was so great and now they are destroying it all with their new ways! We have always been successful in the past with what we did, so why do they want to change what is working?

With the changes in the company, pitfalls and performance barriers were being uncovered, which caused people to start to BLAME each other for the mistakes made. “This is not my responsibility...” was what Bridget heard a lot of the time. After a while, Bridget became fed up with the blame game. Things were not moving at home and here at work the same thing was happening! What is going on? Why is this happening to Bridget now? Bridget starts to BLAME HERSELF. She was very CONFUSED and felt really lost!

After a taking some time out one weekend to reflect, Bridget decided that she wanted to take back control of her life. On thinking how she could do this she began to ACCEPT the situation for what it was. As soon as she fully accepted the current reality her head began to free up, her mood changed from a heavy load to an exciting, light feeling. She decided she wanted to find out more about the change and found someone she trusted amongst her bosses.

They agreed that it would make sense for them to meet regularly. At home she did the same and started to talk to her family openly about the problems – collecting all the facts. Bridget had thousands of thoughts racing through her mind! Many, many options of what she could do... she was a bit overwhelmed.

In the meetings with her boss, he shared that he experienced situations like this in the past. So Bridget asked how he moved himself on towards his goals. The tip she got was to find someone who can help her to crystallise her goals and then keeps holding her accountable for achieving those aims.

This is what Bridget did and after getting in contact with me, together we PLANNED THE ACTIONS. Over the next 6 months I kept asking her about her progress, we worked on using her strengths appropriately and worked out strategies that created a mind set to achieve everything that Bridget wanted.

The strange thing that Bridget noticed was that people around her started to respond to her own change of mind. With that the conversations became positive and uplifting again and the PERFORMANCE was ENHANCED. The results started to turn up and Bridget became a real dynamo within the organisation. She had masses of energy and inspired her family and colleagues.

Bridget just received news of a promotion, offering her a new role starting from the 1st of January, which will also impact her family life in a very positive way and she is over the moon! She experienced how gratifying it is to take control of your own destiny and grow as a person and in her career as a result of change!

Facebook0Tweet0LinkedIn0
We use cookies on our website to give you the most relevant experience by remembering your preferences and repeat visits. By clicking “Accept All”, you consent to the use of ALL the cookies. However, you may visit "Cookie Settings" to provide a controlled consent.
Cookie SettingsAccept All
Manage consent

This website uses cookies to improve your experience while you navigate through the website. Out of these, the cookies that are categorized as necessary are stored on your browser as they are essential for the working of basic functionalities of the website. We also use third-party cookies that help us analyze and understand how you use this website. These cookies will be stored in your browser only with your consent. You also have the option to opt-out of these cookies. But opting out of some of these cookies may affect your browsing experience.
Necessary Always Enabled
Necessary cookies are absolutely essential for the website to function properly. These cookies ensure basic functionalities and security features of the website, anonymously.
Functional
Functional cookies help to perform certain functionalities like sharing the content of the website on social media platforms, collect feedbacks, and other third-party features.
Performance
Performance cookies are used to understand and analyze the key performance indexes of the website which helps in delivering a better user experience for the visitors.
Analytics
Analytical cookies are used to understand how visitors interact with the website. These cookies help provide information on metrics the number of visitors, bounce rate, traffic source, etc.
Advertisement
Advertisement cookies are used to provide visitors with relevant ads and marketing campaigns. These cookies track visitors across websites and collect information to provide customized ads.
Others
Other uncategorized cookies are those that are being analyzed and have not been classified into a category as yet.
SAVE & ACCEPT